Back in the late 1990s, I was a fanatical Topbander.  Here is a piece I wrote about my experiences with receive loops.

Please can you explain in more detail about your paired loops? On first reading it sounds more like you had two loops in broadside than in endfire as you explicitly note, so I am clearly not getting it. Can you upload a diagram perhaps?

Alan, the paired loops were in the same plane.   The outcome I was looking for was to be able to put a null on the loud EU stations arriving at high-ish angles and it worked fairly well.  I used a 7 metre 2 inch fibreglass pole at the centre, turned by the rotator on a short stand made from welded angle iron and scaffpole.  I used four fishing poles fixed at right angles to the mast, fixed to two support plates.  The wires were just taped in place.  The control wires and feeds were taped to thin bamboo canes with fishing line supports. 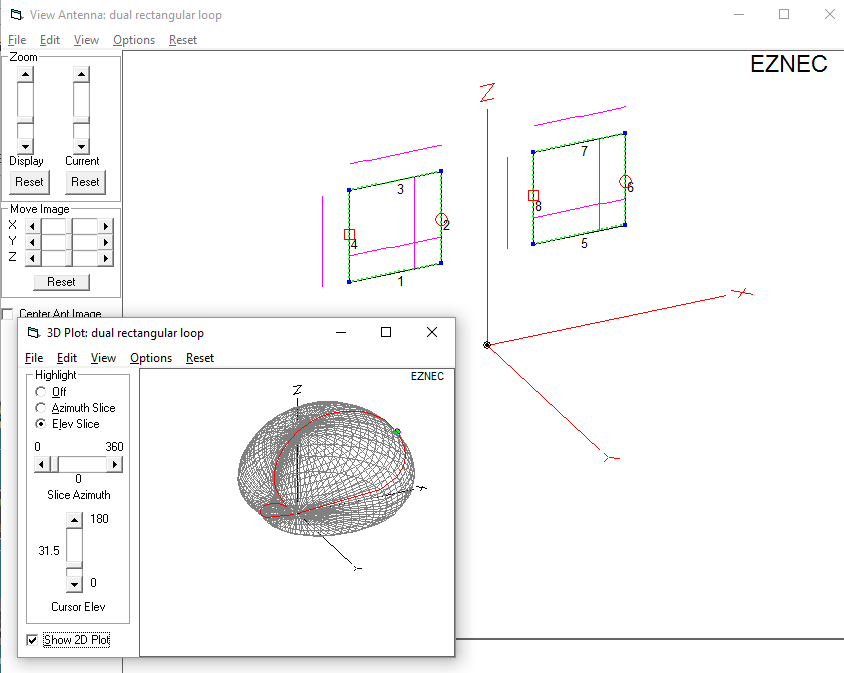 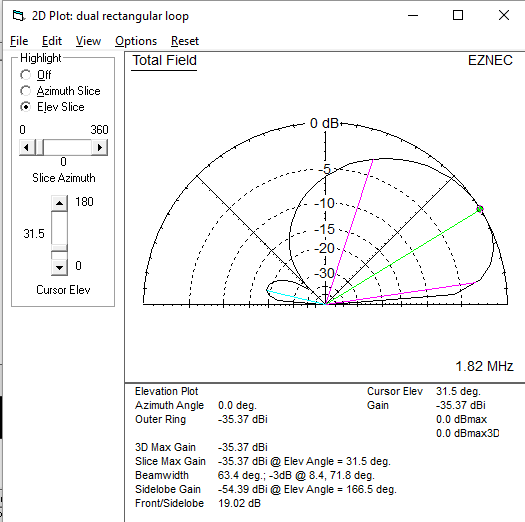 The null is off the direction opposite to the feedpoint.  I can’t remember the technical detail , but I think it worked as two pairs of close-spaced phased verticals.  I tried a number of tricks including relays to switch in different lengths of coax between the two feedpoints and the combiner, but I didn’t try any reactive elements.  The amps use two MMICs with a tuned bandpass filter between them.

It was certainly a lot better than an EWE, but I didn’t have  switched K9AYs with which to compare it.  It probably helped me to work 20 or so of the 250+ DXCCs I worked on 160 during the trough between cycles 22 and 23. The antenna was wrecked in a storm in the early 2000s and I didn’t bother rebuilding it, it was a bit of a beast.  Best bit was being able null out some of the endless callers and policemen who were co-channel with the DX.

It was a fun experiment, but it would need much better engineering to be practical.  Keeping noise out of the preamps on single loops was a major challenge, at one point I tried a balanced-input amplifier, but I found that if I combined the two loops, although the signal was reduced by 10-15dB, the noise dropped rather more.  I tried using 1k pots in series with 470 ohm carbon resistors for the loads, but then I remembered reading something about Vactrols being used.  The ones I used were not ideal, I had to use resistors in addition to get the roughly 800 ohms that gave best results.  I had a controller with three switches to connect in different coax lengths, and two pots to adjust the resistance of the Vactrols for best nulls/noise in conjunction with the rotator.  Happy days before I was infected with microwaves.