Audioshows the keying sidebands from the CW and a bit of droop during the long tone at the end of the keying. 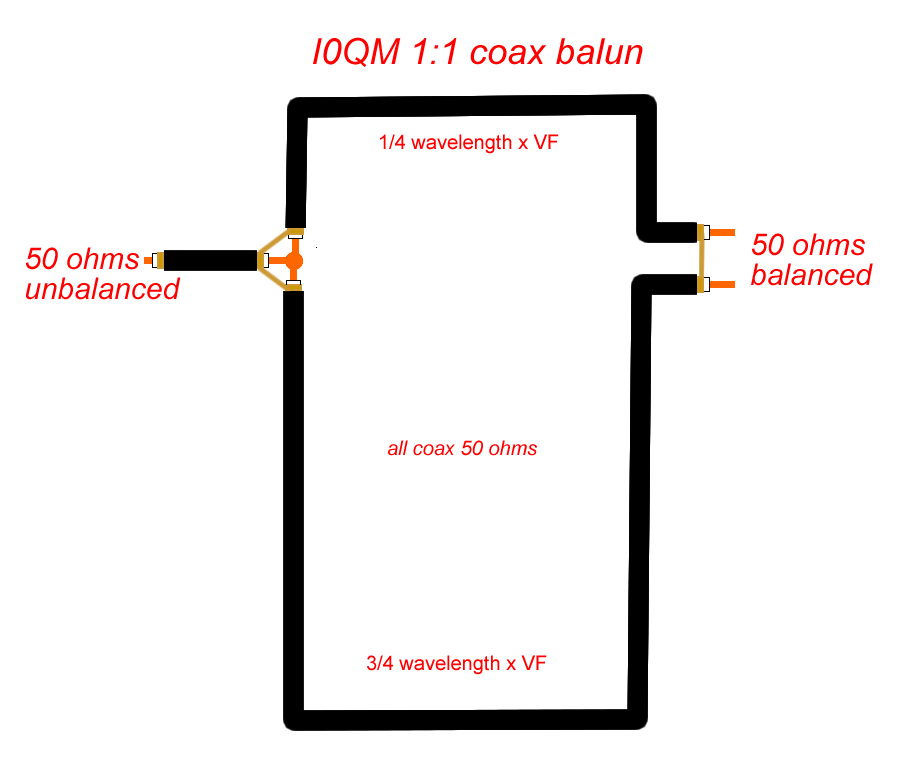 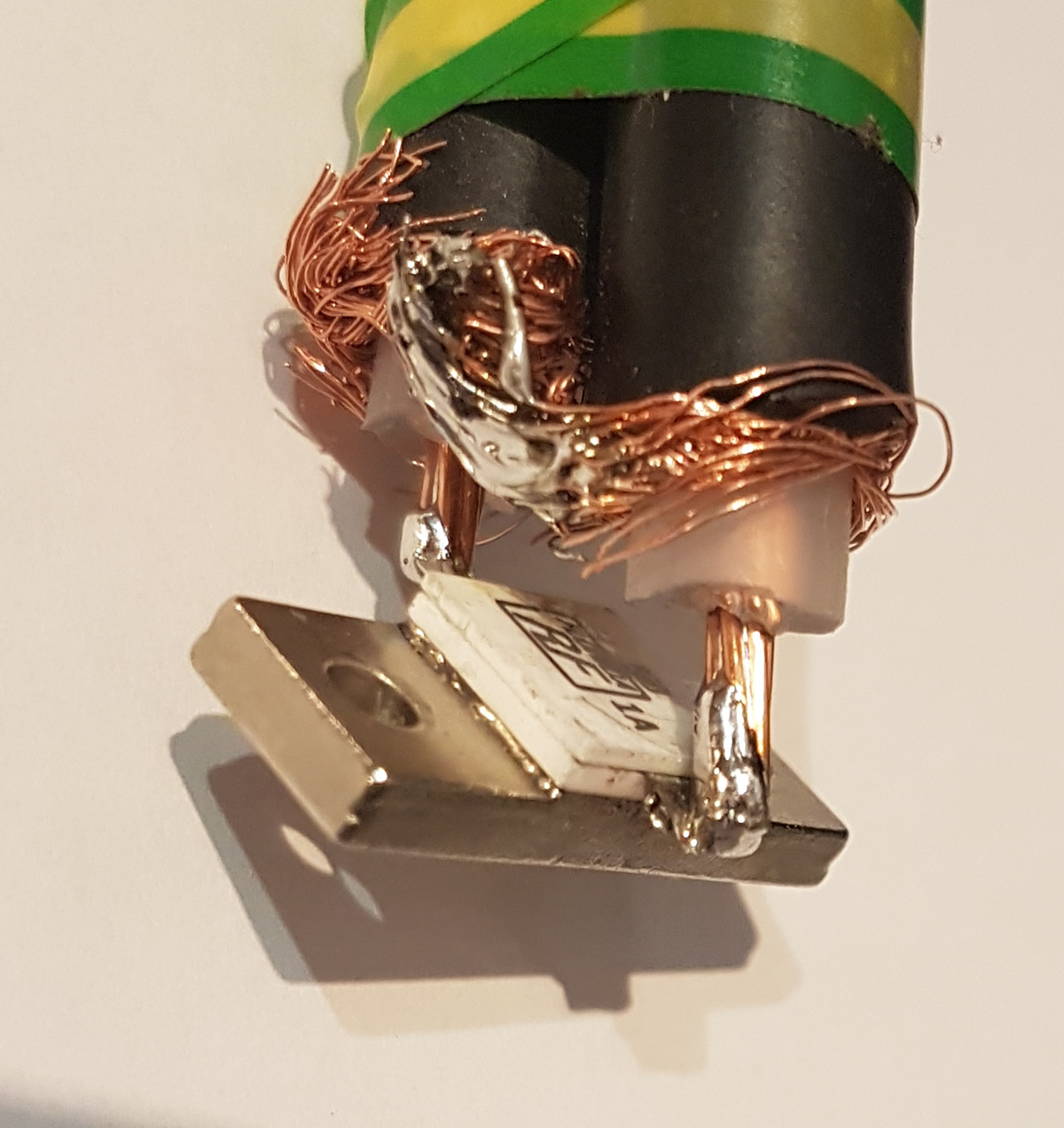 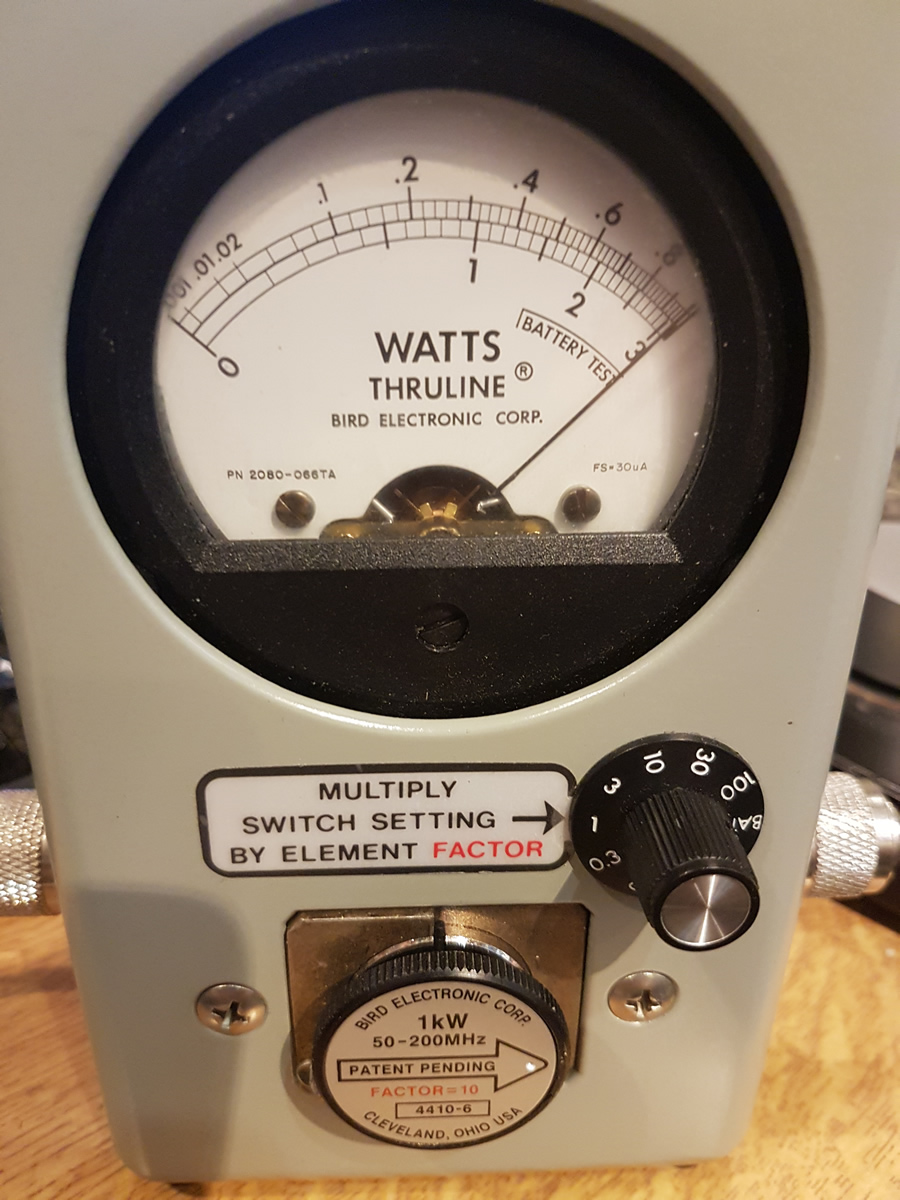 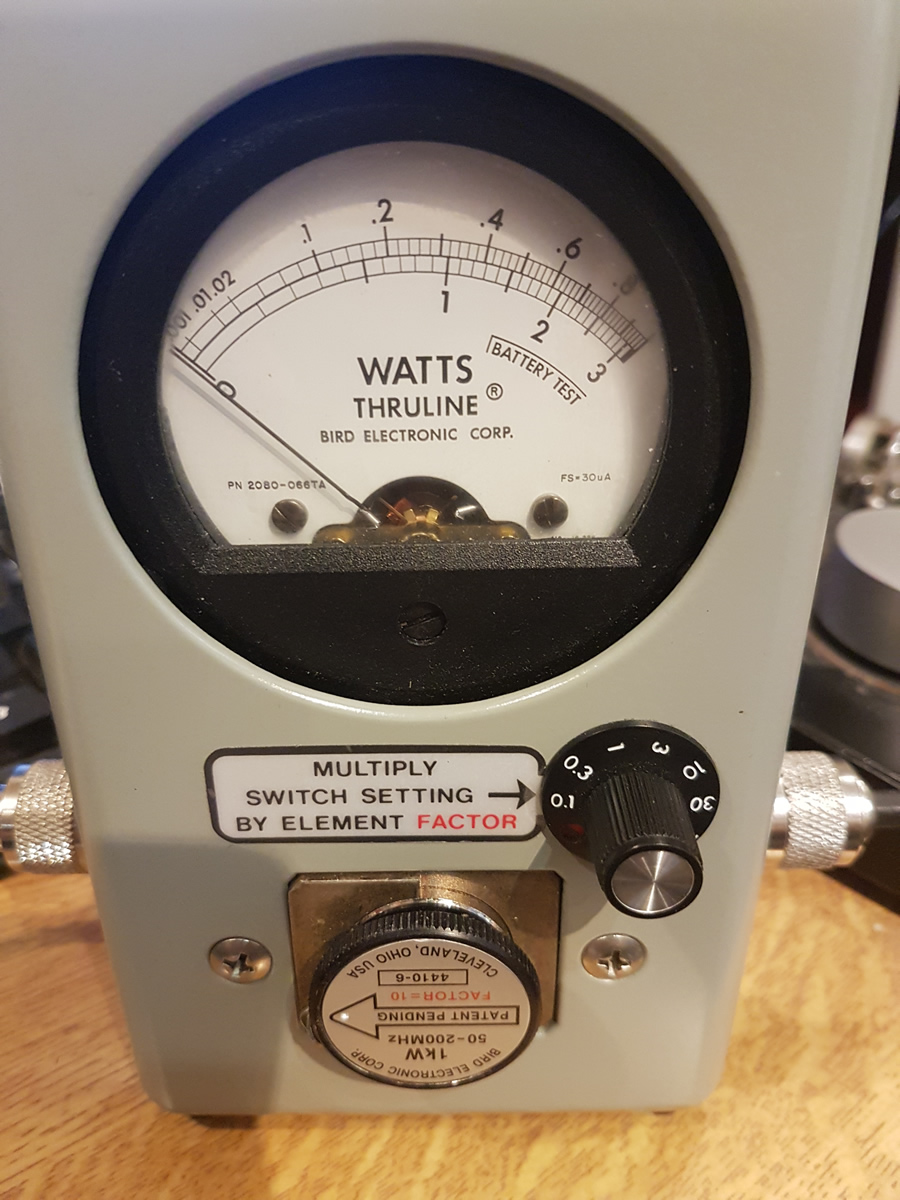 I watched the ISS move across the sky to the south using reflections of the GRAVES radar on 143.050 MHz.  Nice classic S curve.  Lots of meteorscatter pings as well. This is today’s curve, started late but managed to catch the tail right until it dipped below the tropo horizon. Line at 12000 is a local birdie, bang on the centre frequency of GRAVES.  Horizontal ticks are at 30 second intervals, time moving upwards.  In the middle minute, the rate of change of doppler was 2.9kHz per minute or 48.3Hz per second.

Max doppler shift was -6150Hz, which means the angle of the track was about 32 degrees to line of sight, which looked about right

This was an earlier capture 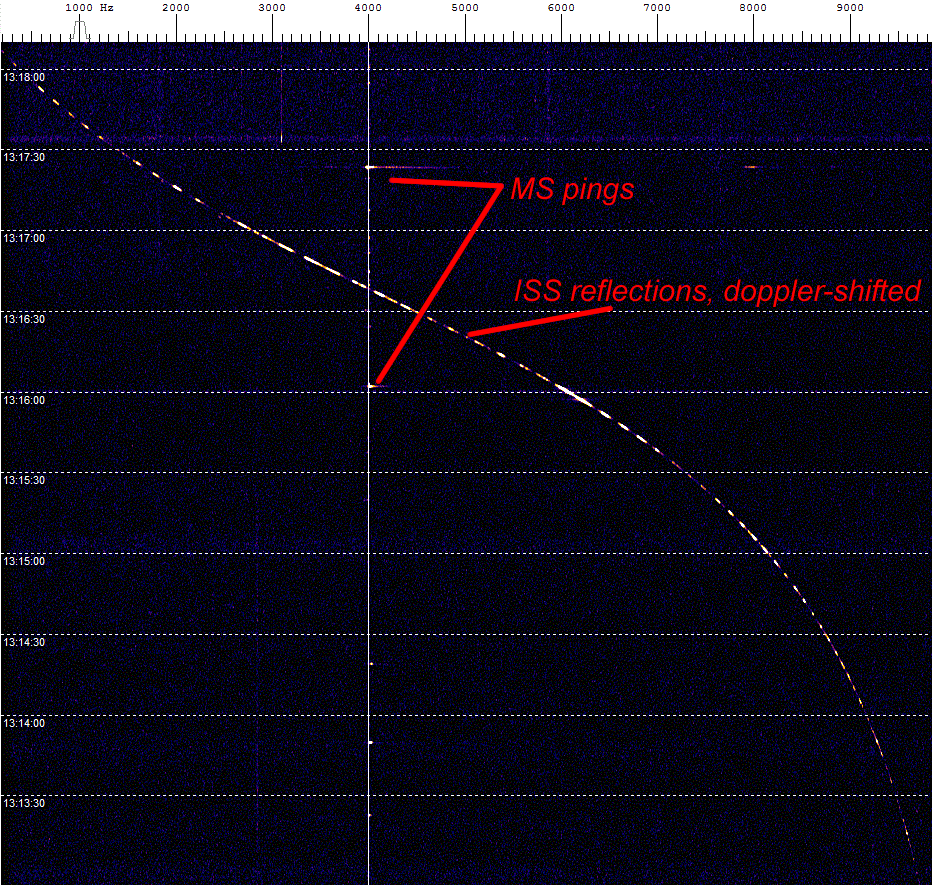 Inspired by John Mills, I decided it was time I made a locking lever for the quick-change toolpost on my Colchester Student 1800 lathe.  Nut is made from 40mm EN8 steel, tapped 16 x 1.5 mm for the toolpost. Shaft is 16mm EN8 with two flats 16 mm wide milled across it for a 12 mm spanner.

I had a 16 mm tap for the post thread, but could only find a half-inch UNC (13 tpi) tap for the handle socket. No sign of a die or die-nut that size, not even a 12 mm die, so I used a single-point carbide turning tool to machine a half inch UNC thread on one end of the handle. Lucky that the 1800 does metric and imperial without gearwheel changes.

Other end of the handle is threaded 10 mm with a die-nut I found in my dad’s old toolbox.  Just my luck though, no sign of a 10 mm tap anywhere, so I ground a taper and some flutes into an old high-tensile 10 mm bolt.  I made the knob from a bit of 6082 ally bar and used the bodged tap to thread it.  Worked pretty well, although I drilled it to 9 mm and I guess it rolled the thread more than cut it.

The threads are good and snug, and I had to use the flats on the shaft to get the ends on.  No Loctite needed! 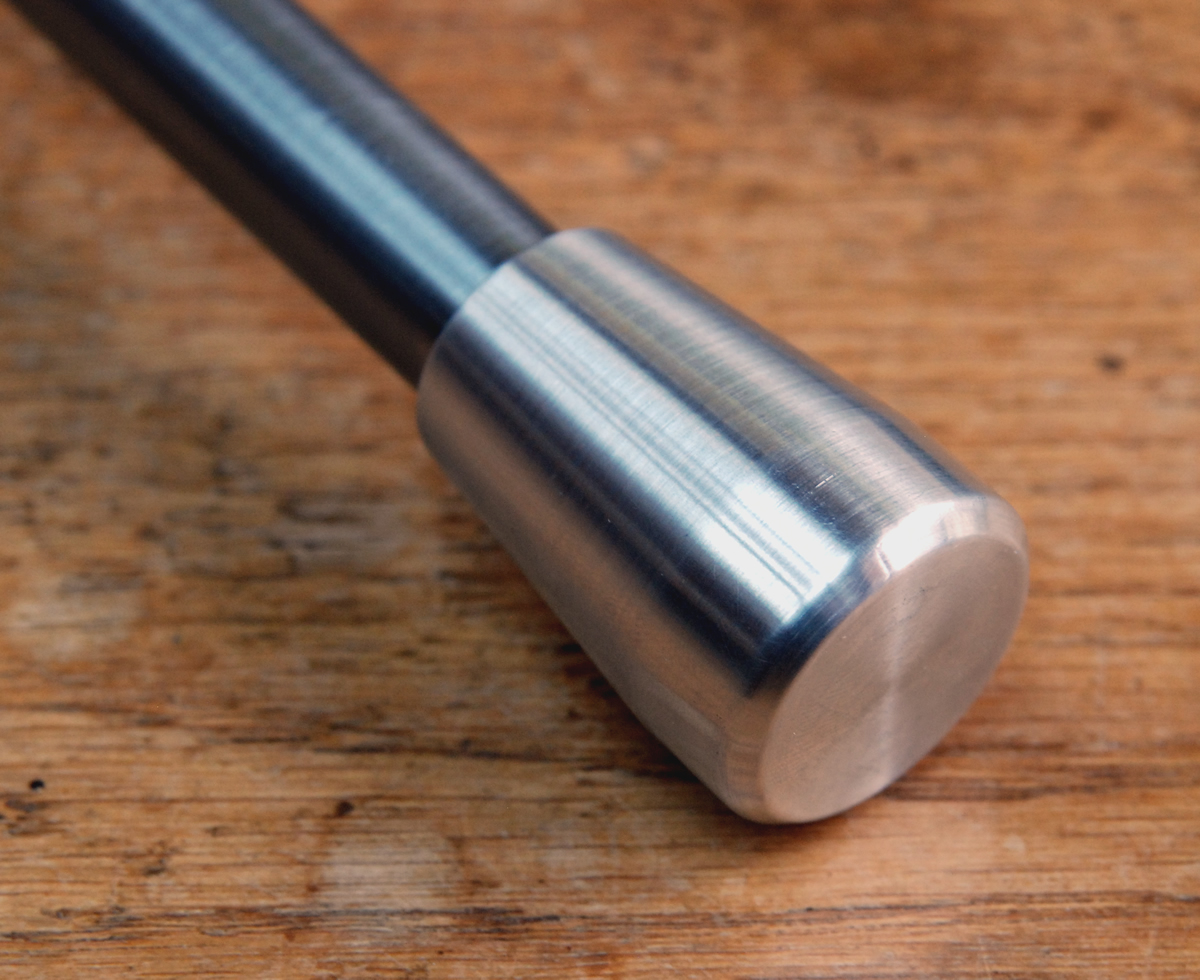 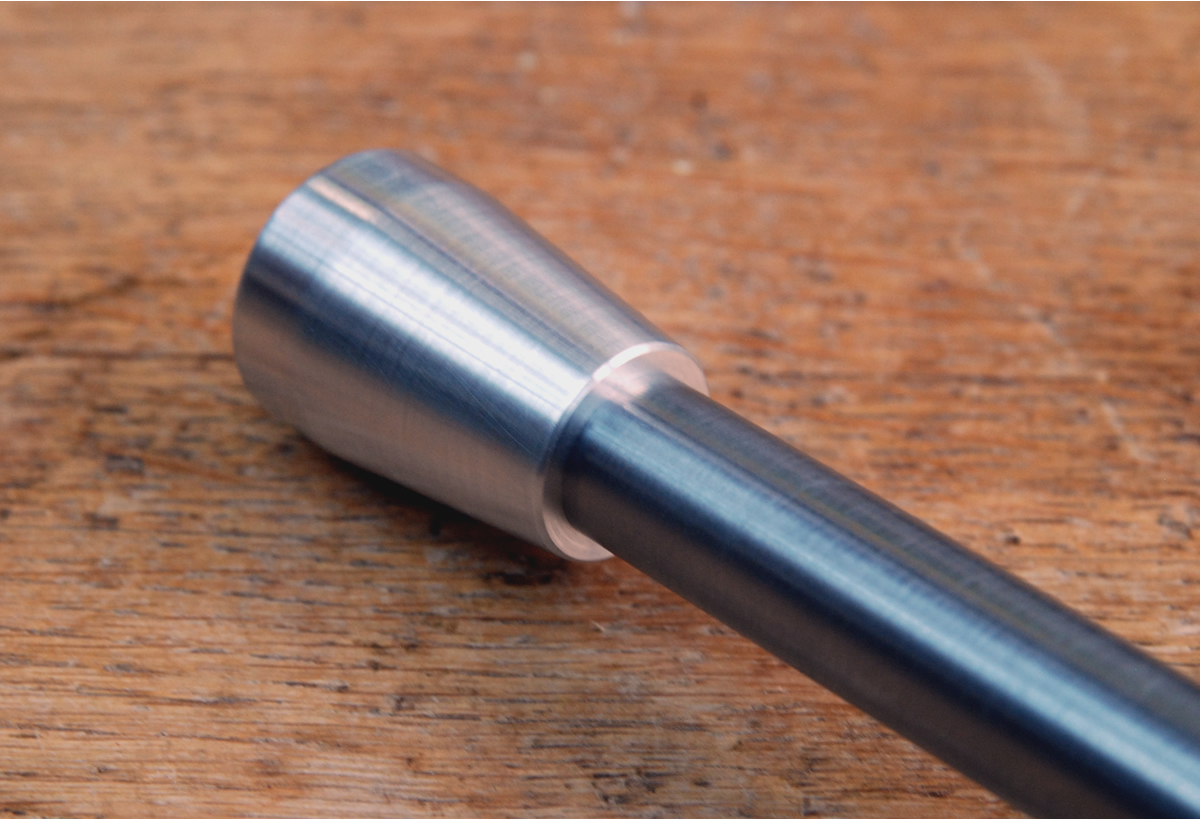 That rolled thread in the ally doesn’t look too horrible 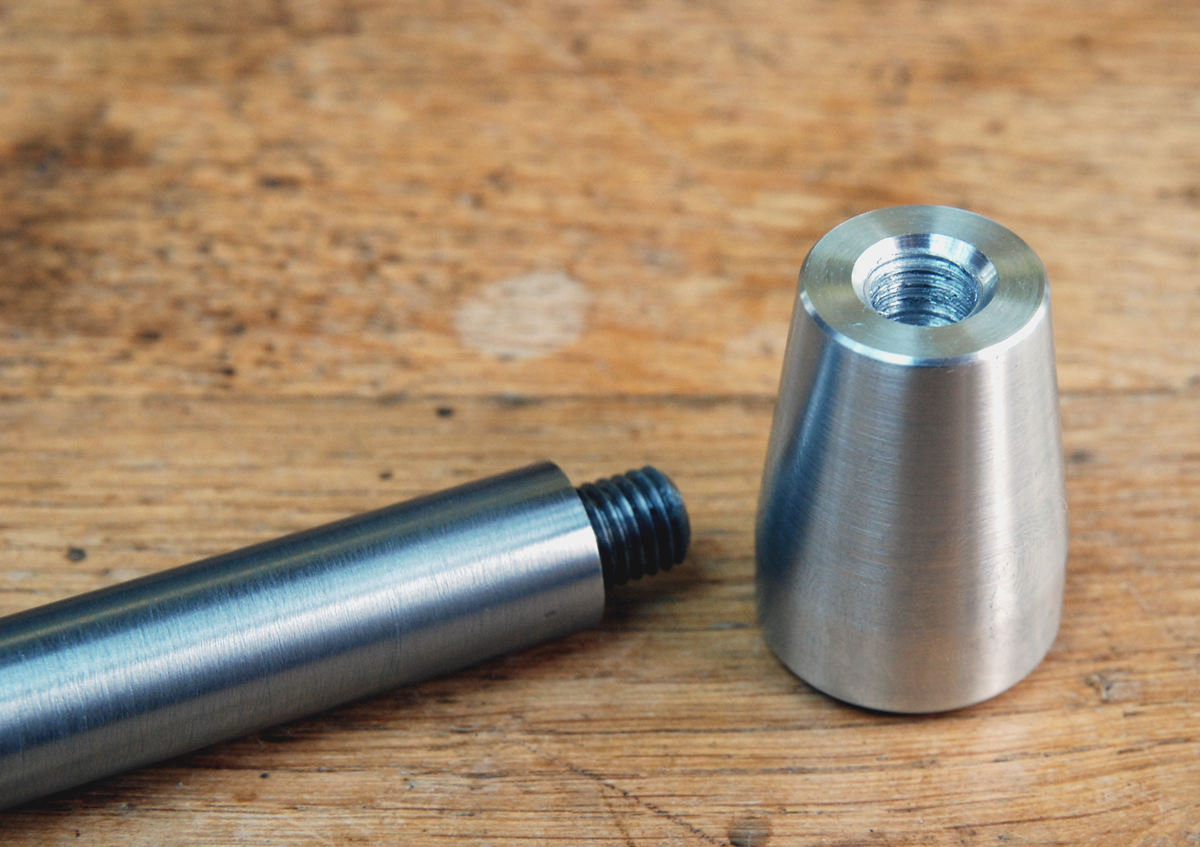 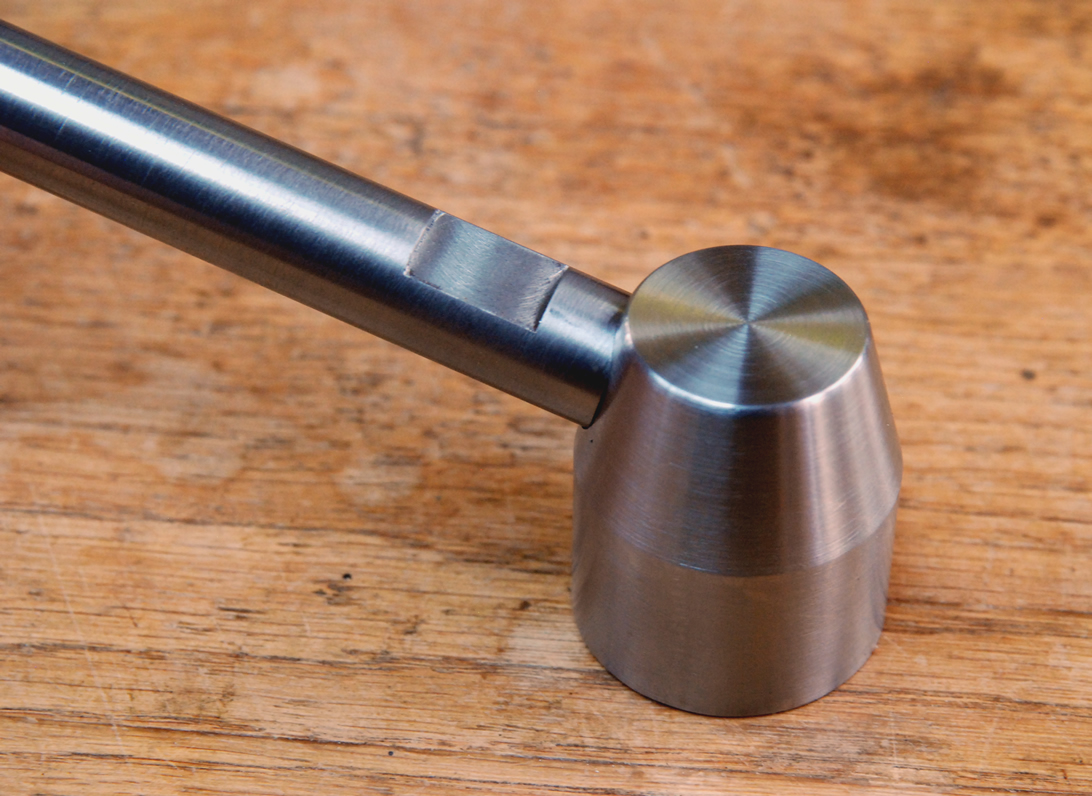 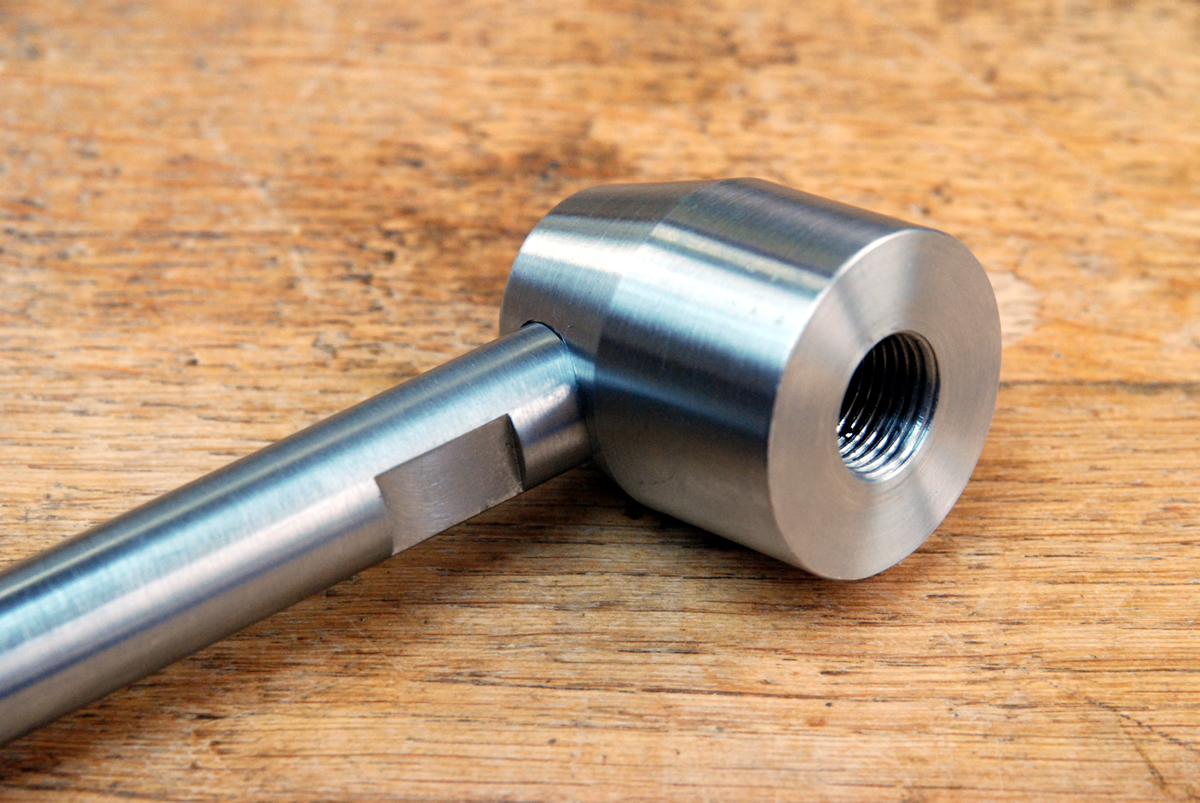 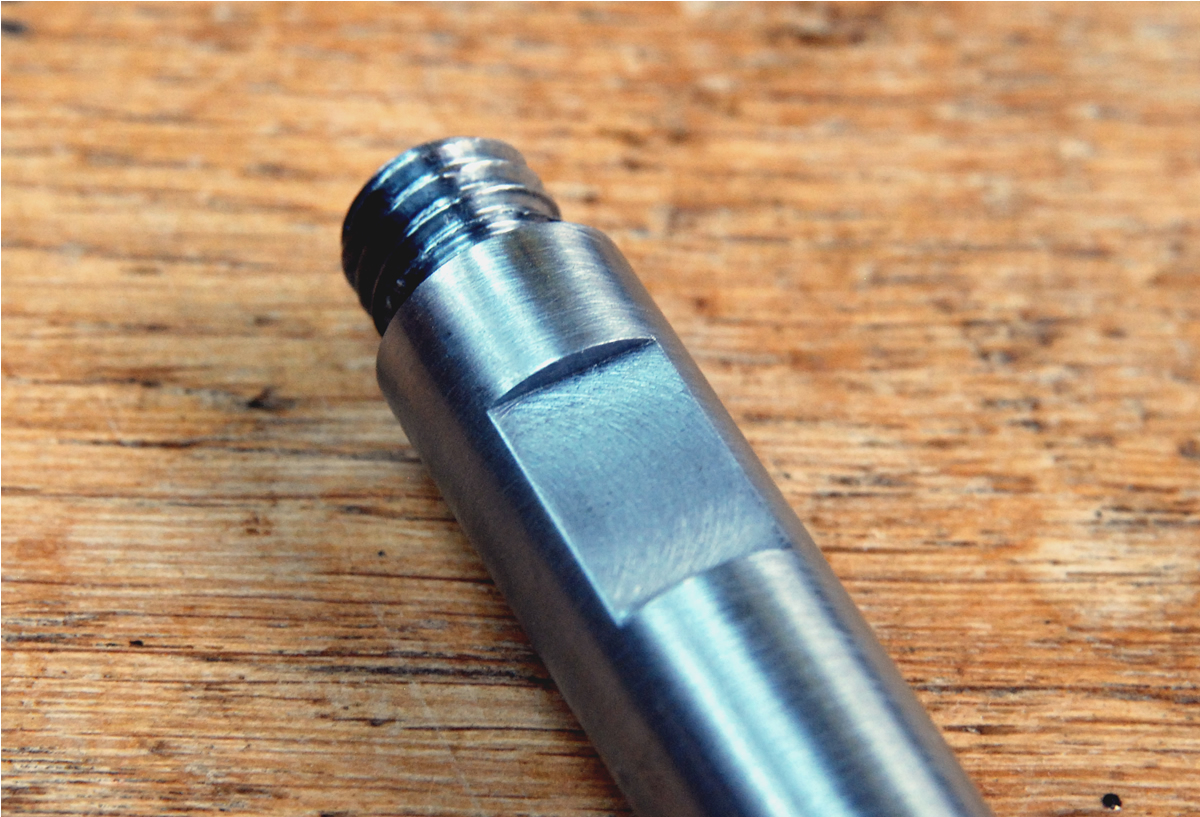 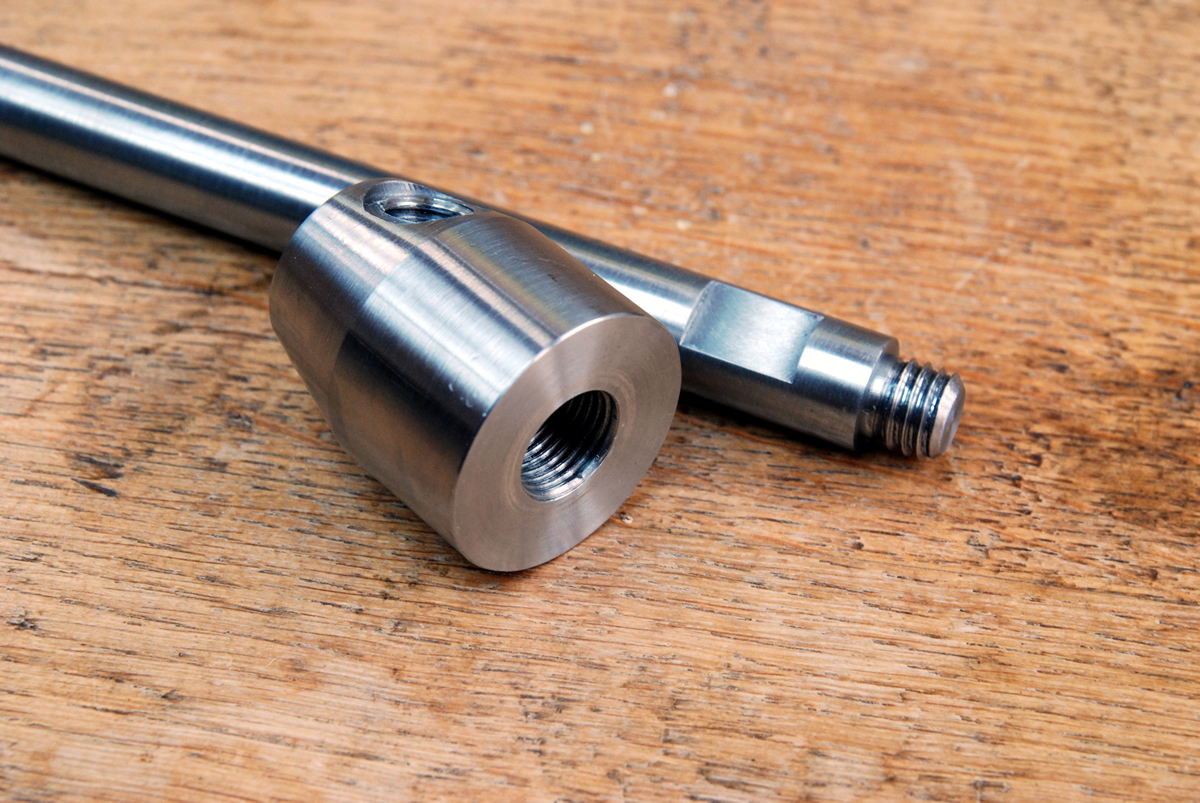 Finished item in place on the toolpost.  For scale, that is an eight inch chuck in the background 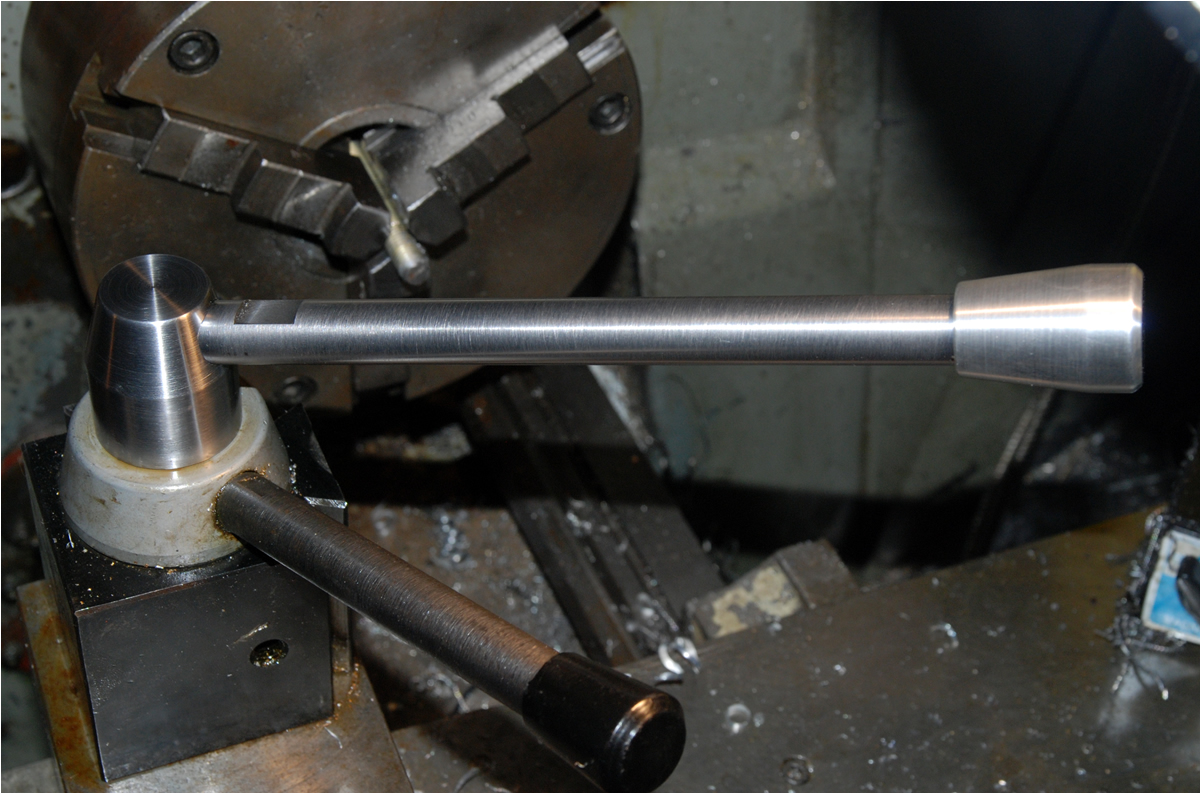