I was wondering if I was getting noise from the local environment up the coax outer or power/control leads, but those measurements were made with the coax screen of the HF antenna connected to the radio, so I guess not.

With the antennas connected (at 2200utc), I see a noise floor of -142dBm on 28MHz, only a couple of dB more than with a dummy load. On 18MHz, about the same. Across the bands from 18MHz to 30MHz, I see a few tones and squiggles, worst tones about -120dBm. Looks like I don’t have any significant local noise, at least between 18MHz and 30MHz. Interesting. Bit different on LF and VHF, where I have some work to do!

As ever, this was MY Duo and MY lab, YMMV!

Found this on ebay.  Better than a VXO. 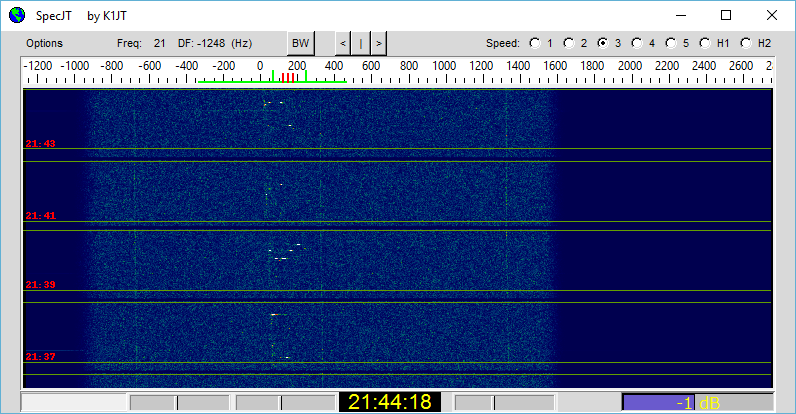 Quick tropo JT65A test with F8GGD, many MS pings though, and no decode.  895km too far under these conditions 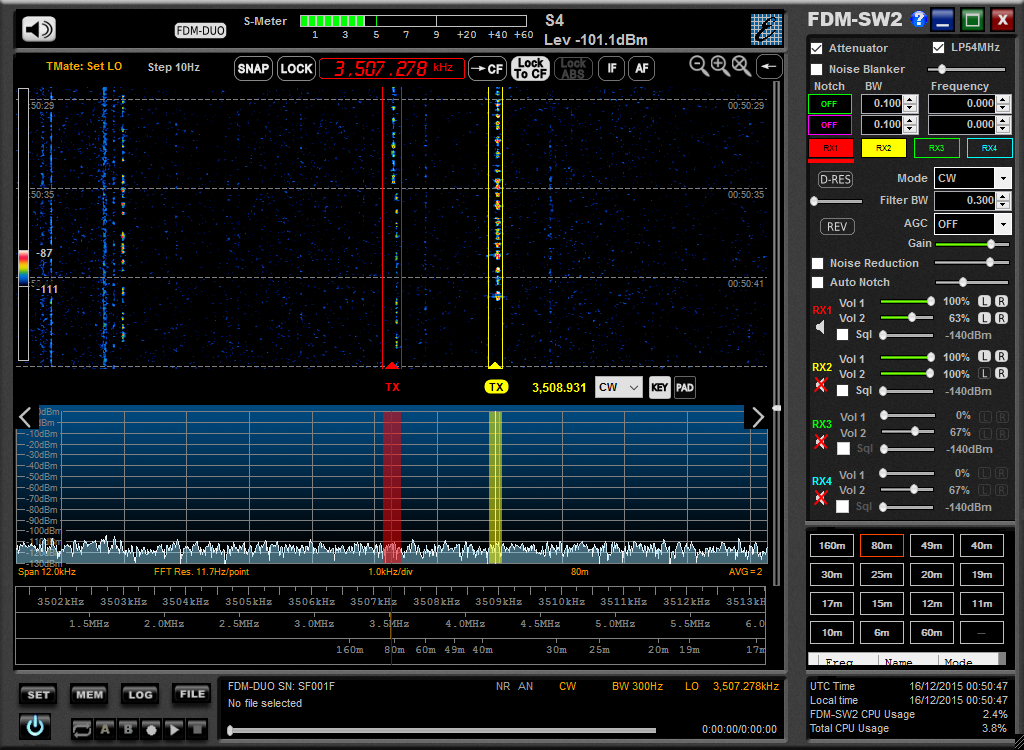 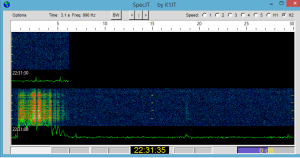 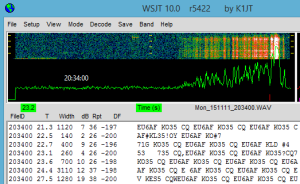 Step one:  find a WebSDR site and realise you can still copy CW quite fast

Step two:  tie a rock on the end of a rope and throw it into a tree

Step three:  find a reel of TV coax and some transformer wire and a bit of perspex.