In the usual spirit of VHF NDF madcap antenna schemes, Richard G0GLZ (the Dear Leader of the Goole Radio and Electronics Society Mad Antenna Engineering Section) decided to turn several old Jaybeam MBM44s into a monster 70cm megabeam.  Sadly, the proposed 100 elements were not quite achieved, but at least 88 eles were deployed.  My task, if I chose to accept it, was to make a U brace to keep the thing in the sky.  I found a bit of thinwall 50mm ally tube and turned up some bushes, two which were press-fit into the 50mm tube and sliding fit for half of the scrap support strut from one of the MBM44s, the other two were a press fit on the strut tube and sliding fit inside the 50mm tube.  A few grub screws and a pair of locking screws completed the trombone arrangement.  This thing could support a HUGE beam, despite whatever the East Riding of Yorkshire elements could throw at it. 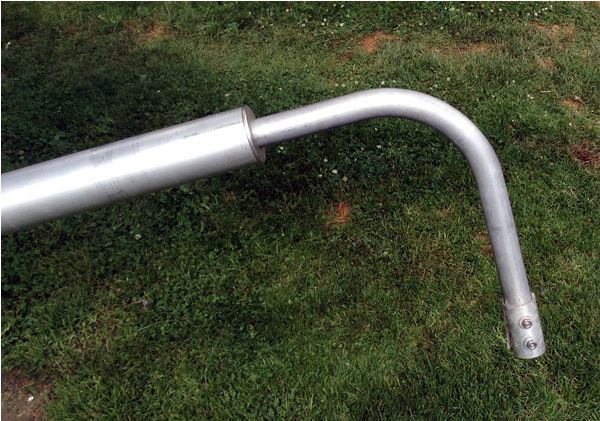 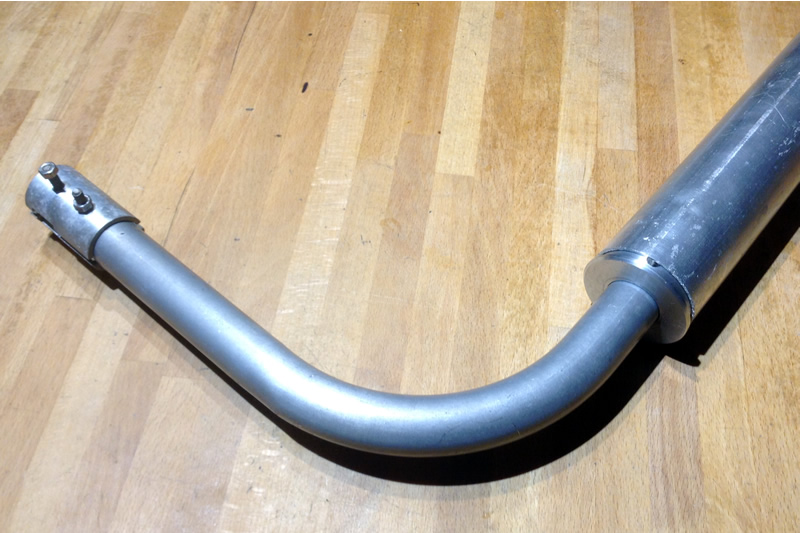 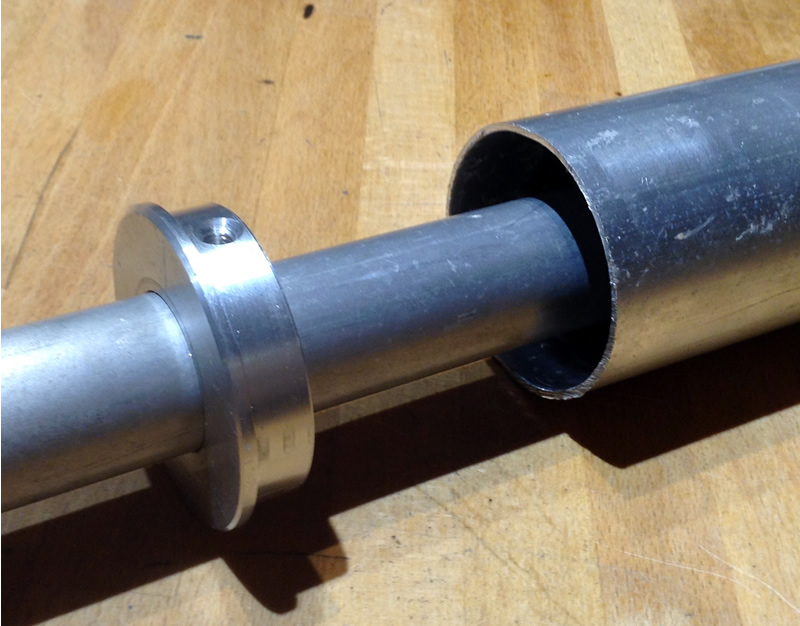 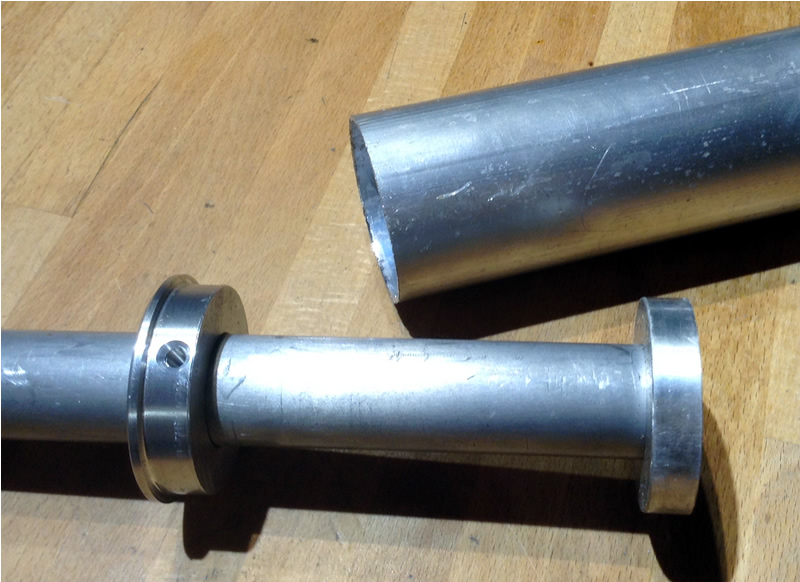