I bought an MKU 13 LPF PCB from Alan G3NYK, and built it into one of his excellent tinplate boxes.  Loss at 23cm is about 0.45dB. Best rejection is 46dB at 1.977 GHz and above 3GHz where it is over -50dB.  I did not measure the response at the third harmonic. 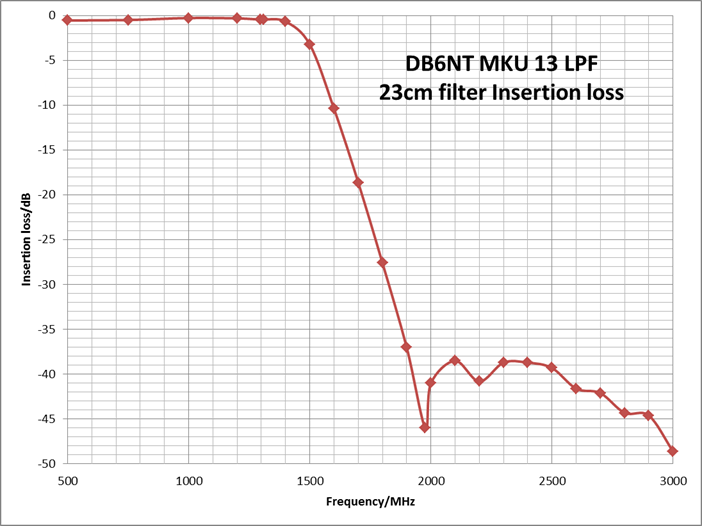 That mirrors the spec on the DB6NT site fairly closely.

Next, I tested the output voltage using my 23cm transverter as source and a 30dB 20W 4GHz attenuator to measure the power out of the filter versus voltage on the detector.  It is pretty much log-law up to about +33dBm. 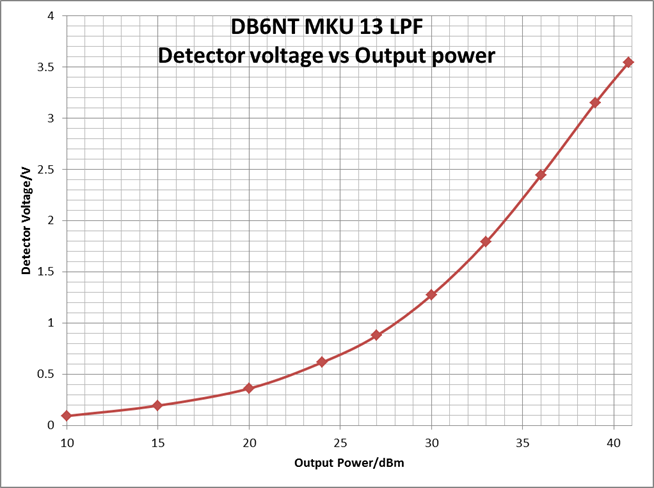 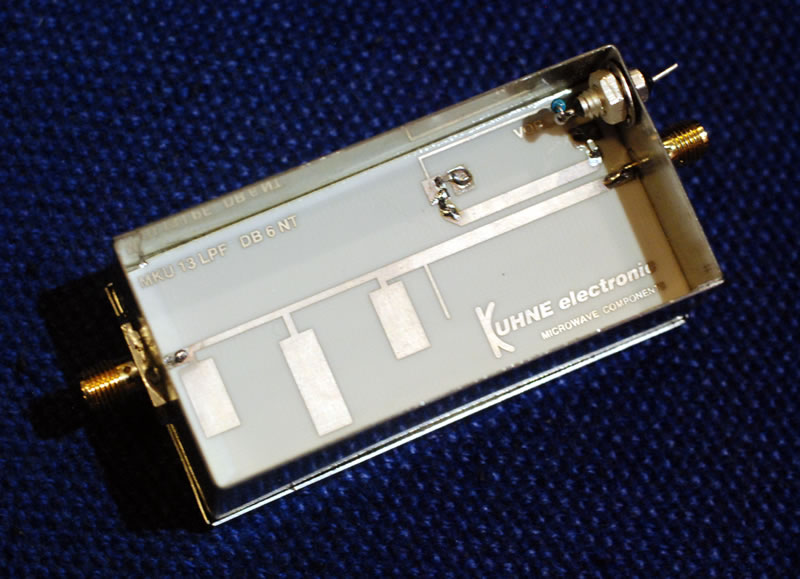